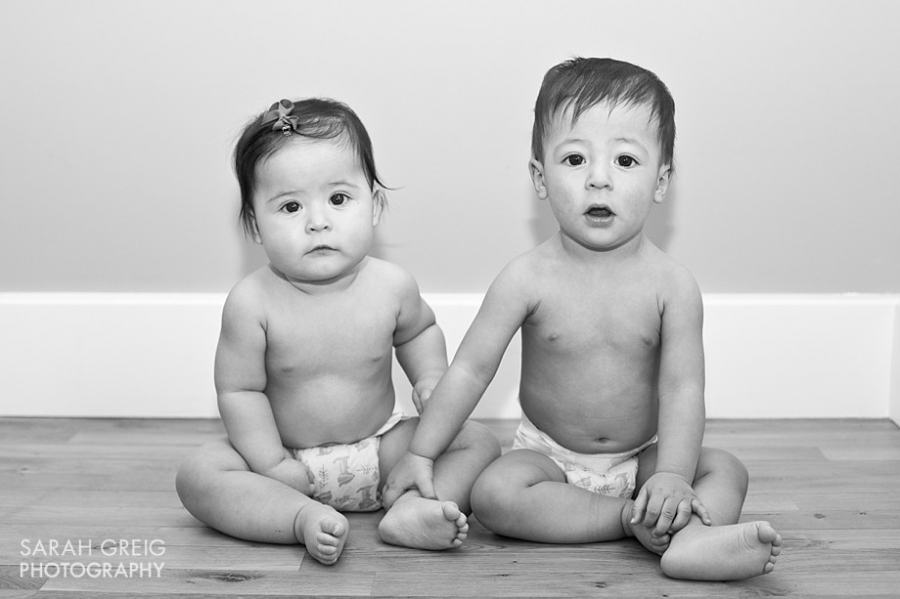 I had a blast working with this family and their gorgeous twins! Riley and Cooper are nearly one and have so much personality. Riley was very playful–hamming it up and trying to take off her diaper the whole time, and Cooper was so sweet but a bit more serious.  They had many great spaces to photograph in, and despite it being a freezing and gray day, we were able to take advantage of beautiful window light. Their colorful nursery had lots of fun details to photograph, and the view of the Staten Island ferry zipping past was a bonus!

I’ve photographed twins before, and even using all of the squeaky toys and photographer tricks in the universe, it can be twice the challenge to get two 10-month olds to stay in one place, look at the camera, and not cry! I included a couple of funny outtakes here, but we did manage a few cute shots of the two of them.  Special thanks to my photo assistant that day, Eileen Meny. You may remember an old post that I wrote about trying to get a smile out of children and how sometimes it’s best to record their mood of the day. I loved capturing their amazing eyes, eyelashes, and adorable expressions.

Every year, I choose a special non-profit to donate a portrait session to. This session was the result of a donation to the auction at Harlem Academy, a great K-8 school in Harlem. It feels good to give back and it’s a bonus to meet an adorable family as well! Riley and Cooper, thanks for a great morning and I hope to see you again soon! 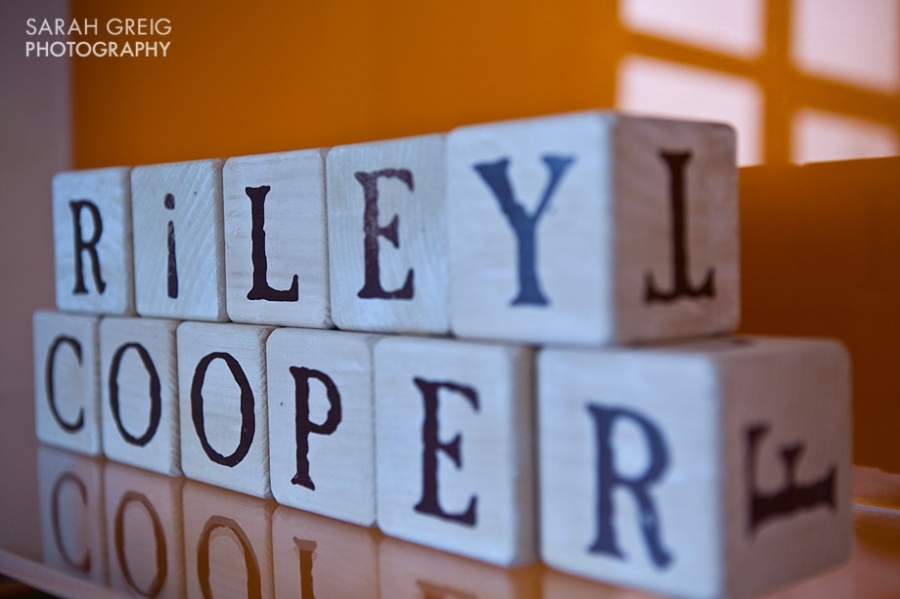 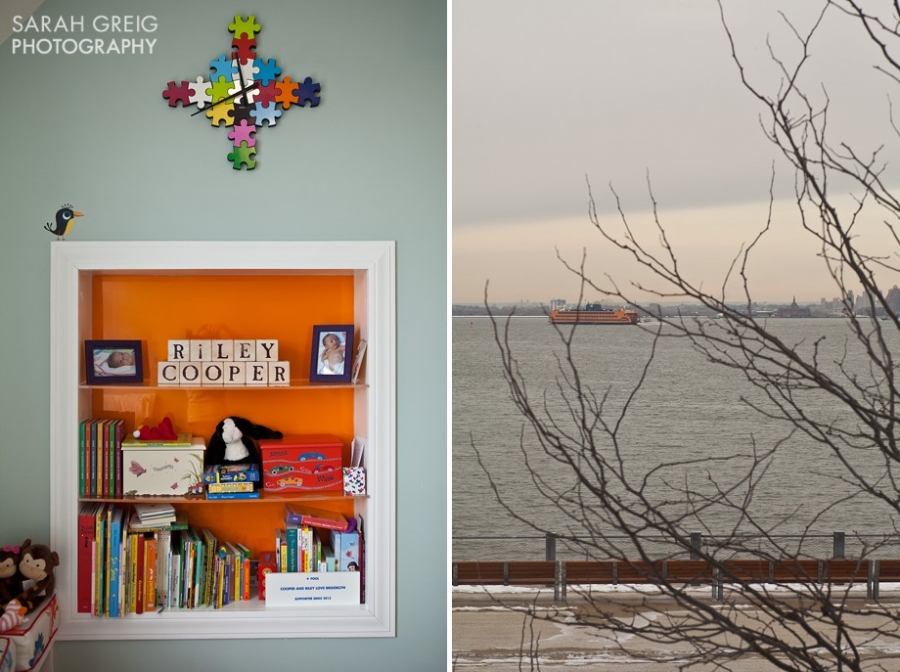 Moving home from Sydney on their first day of summer (December 21st) seemed like a bad idea at the time, but we had no idea just how much winter had in store for us when we arrived home. Wow. Of course I miss Sydney’s turquoise water right about now, but being a native New Englander, I love storms, heavy snow, and the Weather Channel hullabaloo surrounding them all. So I was pretty excited when we found ourselves on Nantucket last week with a  huge Nor’easter forecasted to bring over a foot of snow. In the end, the island got stuck on the wrong side of the snow/rain line for a few hours, but still watched in awe as the wind howled all night and blew swaths of snow against the house. Our attempts to get wood from outside during the middle of the blizzard also proved entertaining…let’s just say I could have used some ski pants and goggles.

We ended up with only about 6 inches, but the next morning dawned sunny and crisp, and the view out of the front door was breathtaking. Here are a few photos I took just before we headed to the ferry. Thanks for the winter show Nantucket…see you (soon?) in flip flops!

Happy Friday! I’ve been pretty glued to the Olympics over the past few weeks, and today should be pretty exciting as we take on Canada in men’s hockey. Yesterday’s women’s hockey game was a complete heartbreaker.  I grew up playing hockey (starting out as the only girl on an all boys team), and was amazed and proud at the top level of play that I saw yesterday. It was exciting, heart stopping, impressive, and gut wrenching all at the same time–but the end result was devastating, particularly having the gold in grasp and then having it ripped away in the final two minutes of regulation.

As a tribute to today’s game, here’s a red, white, and blue image that I took last week on Nantucket.  The sun didn’t help warm the blustery, freezing day at one of our favorite spots, Sankaty Head Lighthouse, but the gorgeous winter sky was the deepest blue I’ve seen. Have a great weekend. Go U.S.A!

Happy Valentine’s Day to you all. I love my job because I have the pleasure of recording LOVE. Love between engaged or newly married couples, love of a new little bundle of joy, or (strained but amusing) love between siblings. Two years ago, I featured lots of smooching photos, and last year kept it a bit more simple.  This year I’m posting a favorite recent photo of my Valentines. Happy Heart Day everyone. And thanks for the opportunity to capture so much love! XOXO

Australians are known as coffee snobs. And they should be. In fact, as this great article explains “most urban Australians have a favoured barista on speed dial next to the dentist, doctor, hair stylist and plumber, and most have a preferred way to drink their coffee.” My Australian friends who found themselves living in NYC without true Aussie coffee for nearly three years even had a secret neighborhood pick-up arranged to procure real Australian coffee beans. I was impressed. This might all sound crazy until you consider a startling fact: Starbucks failed in Australia (they opened 87 and of those, 61 have closed). In the five months that we lived there, I only saw one Starbucks (can you fathom that?) and it was filled with Japanese tourists. But now that I’ve lived in Australia, I get it. Drip coffee didn’t pass my lips for five months. Since we have returned home, I now give our Keurig machine many long, disappointed stares. I’m not usually so into coffee, but it was a big part of the daily Sydney culture. And my daily Flat Whites were just SO GOOD.

I didn’t always drink coffee–my mom predicted that if I made it through college without it, I’d probably never drink it. Then I had a baby and that all changed. Until parenthood, regular Coca Cola was always my caffeine fix of choice (a fountain Coke from McDonald’s being the creme de la creme). My Starbucks order had always been for non-coffee–a tall skim chai, a caramel apple spice (seasonal of course), or a hot chocolate. I was perplexed (stressed even) by the Starbucks menu–I had no idea what language people were speaking when they confidently order a venti soy ____ with a shot of ___, no whip, or two pumps of ___, and no foam. Latte vs. espresso vs. macchiato vs. cappuccino…what did it all mean? Check out this hilarious link for some of the most obnoxious Starbucks drink orders ever. I’m still a bit like a baffled kindergartner in the school of coffee–I usually order a skim latte with no special instructions–but I did learn a few things while Down Under. In fact, all I did was say “Flat White please” and magic would happen. And for anyone following my instagram feed, you may think all I did in five months was take photos of coffee and the ocean…and that’s actually not far off from reality.

The good news is that New York seems to be abuzz about Australian coffee. So I may not have to travel 10,000 miles to drink my next Flat White; rather, I can hop on a subway to try one and see how it compares. If by chance you find yourself in Australia or a hip American cafe that is catching onto the trend, here’s a quick explanation of each. Basically, everything is based on an espresso. And there is no rush to make your coffee (New Yorkers will have to chill out and wait a minute)…they are all a labor of love, which probably contributes to the quality taste. And the beans are REALLY important. It’s rumored that one Australian coffee bean supplier will revoke the right of a cafe to use their beans if ONE customer has a negative experience. So yes, it’s all a big deal. And hold the splenda–which is actually hard to locate in any Aussie coffee shop. The coffee and milk combos are sweet in themselves, and often don’t need any extra chemicals to sugar them up, which is better for everyone.

Short Black–a single shot of espresso in an espresso cup

Long Black–a single shot of espresso mixed with half a cup of hot water. This is known in other countries as an “Americano”.

Macchiato–a shot of espresso with a drop of froth in an espresso cup.

Cappuccino–a shot or two of espresso, steamed milk and a lot of froth. Designs are often poured into the froth and it’s served with a chocolate on the saucer.

Flat White-espresso and steamed milk (like a latte but with a different espresso to milk ratio–flat whites have less milk than a latte). Served in a 5.5- to 6 ounce ceramic mug with a handle, and a small amount of foam (some purists call it “velvet micro foam”on top. YUM.

Have you ever sampled an Australian coffee? Where? Did you love it? Do share!!

Sarah! This Aussie coffee sounds like heaven! You MUST tell me where to find this in NYC!