Moms and Their Babes–Mother’s Day 2016 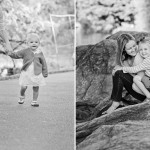 It’s been a crazy few weeks here! We moved–still in the city, but more to come on that later. I was a puddle of nostalgic tears when we moved out of our home–eight years and two kids later, the move wasn’t pretty. It even involved the infamous “couch doctor” of NYC sawing our couch into parts at […]