Maureen and JW met in college…so this isn’t just love, it’s Jumbo love.  Maureen’s dad actually advised that she “could be friendly with JW, but should not become ‘friends’ with him,” but that’s a whole other amusing story!  The plan clearly backfired because not only did they start dating, but eight years later they got engaged in Central Park just two days before Christmas.  The elaborate engagement plan involved some help from friends and family, who were all waiting at a nearby restaurant to surprise Maureen and toast the new sparkler.  Thus, it was only fitting that we took their engagement photos in the very place where the magic happened last winter.

I always feel lucky to record engaged couples.  There is a small window of time between saying yes and standing at the altar; but in this fleeting blip on the radar of life, there is a lot of giddiness and excitement.  It’s fun to record this glowing energy during engagement sessions.

Working with M and JW was great fun.  Prior to the shoot, they emailed me about 6 times asking what to wear. Impressed by their planning, I sent several suggestions.  To which they replied “no, really, what should we wear?”  Eventually they heeded my advice and looked great!  We met in November on a day with snow AND fall foliage as a backdrop.  This was so unusual that I tried to capture both in a few images, which involved this adventurous twosome scaling a fence and running into a closed field.  As the session moved along, it became apparent that JW was a model in a former life–he had all sorts of posing and location ideas, which M and I just loved.  If only all grooms-to-be were so involved.  M and JW were great sports as we traipsed around the park to visit historic bridges, benches, and boulders and capture the fading, gorgeous late autumn light.  They were even reluctantly willing to photo-bomb a musical performance at Bethesda Fountain (see below).

Congrats again.  I cannot wait until the big day in June! 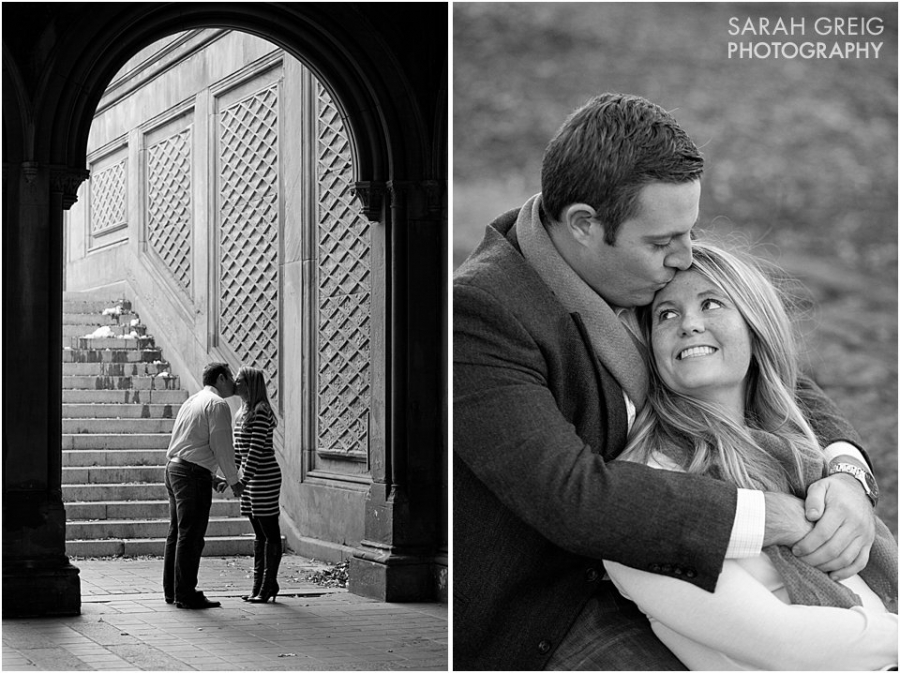 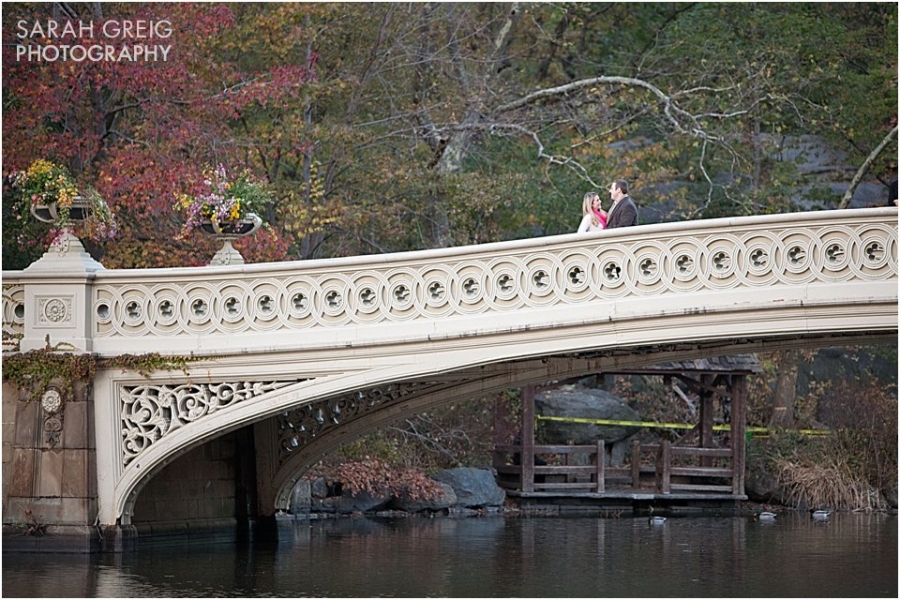 […] a bit overwhelmed by all of the small details…details that I love to plan!  I shot their engagement photos last fall and made a lovely guestbook for the reception, but I also promised her that we could […]