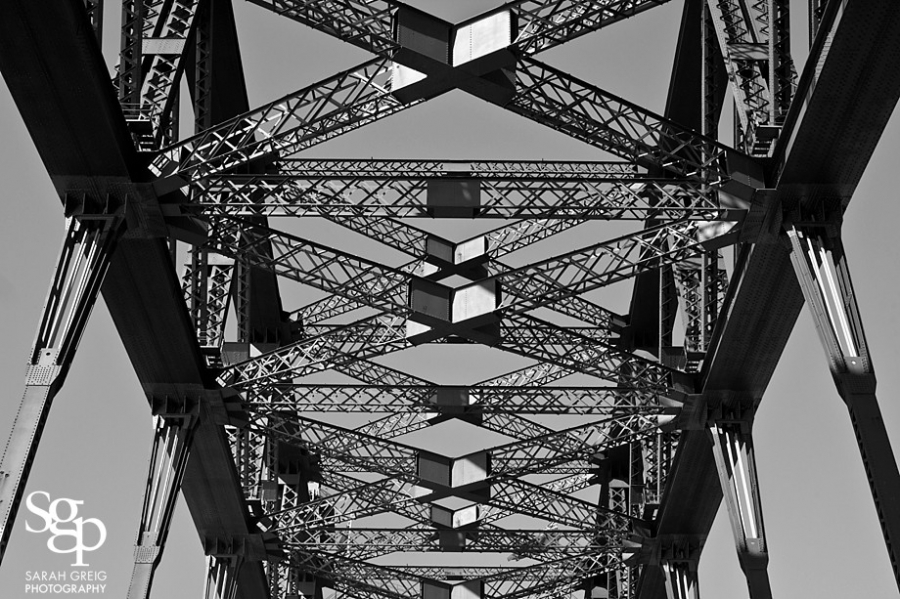 Drumroll please…let the Top 12 list begin…here is the the first of three I’ll post this week. If you’re looking for a unique bucket list item, running across a famous bridge in the lanes usually reserved for cars should be pretty high up there. As a bonus–try doing this on a sunny day while surrounded by Sydneysiders and their contagious good cheer! Here is #12 of my favorite travel experiences during our time in the South Pacific.

We had been living in Sydney for two weeks when I spotted a sign about the Blackmores Running Festival. I was intrigued. As part of the Sydney Marathon, they host a family fun run that travels through (in my opinion) the coolest part of the course–directly over the iconic Sydney Harbor (Harbour in Aussie) Bridge. Since it was completed in 1932, the bridge has always been a symbol of the city and a muse for painters, writers, and photographers. I knew it would be a tough sell to get my husband and daughter out of bed early and onto two buses and a train to get to the starting line in time, but I was also fairly certain that it would be an awesome experience. Not that either one of us ex-athletes is a runner, but we could handle 3.5Km with a stroller.

That spring morning dawned crisp and sunny (and early, as I predicted) as we made our way to Milson’s Point. I love marathon days in any city as the excitement in the air is palpable. We joined the herd of strollers and families as they queued up for the fun run, and made our way across the center lane of the bridge. Callie even insisted on getting out of the stroller and “running” for part of it. After a not too painful 2.1 miles (8% of a full marathon!), we grabbed our medals–which my daughter proudly wore for months–and made our way to the Opera House where the real marathoners would be finishing shortly. We had time for a nice little brekky and a flat white while overlooking the course finale, and then made our way to cheer on the REAL marathoners as they raced to the finish. Overall, an awesome and memorable morning. The next time I find myself living in Sydney in September, I’d definitely do it again!

Did you know that if you’re visiting Sydney, you can also CLIMB the bridge? As in, gather your courage, put on a jumpsuit and a harness, and walk up the side to the top? It’s not for the faint of heart but it is truly crazy and spectacular–we did this in 2005 when it had first opened. Check out the Bridge Climb for more info on another great bucket list item.

Want to know more about this iconic Sydney landmark? Drop some knowledge on your friends or impress strangers at a cocktail party with these 10 interesting facts about the bridge.